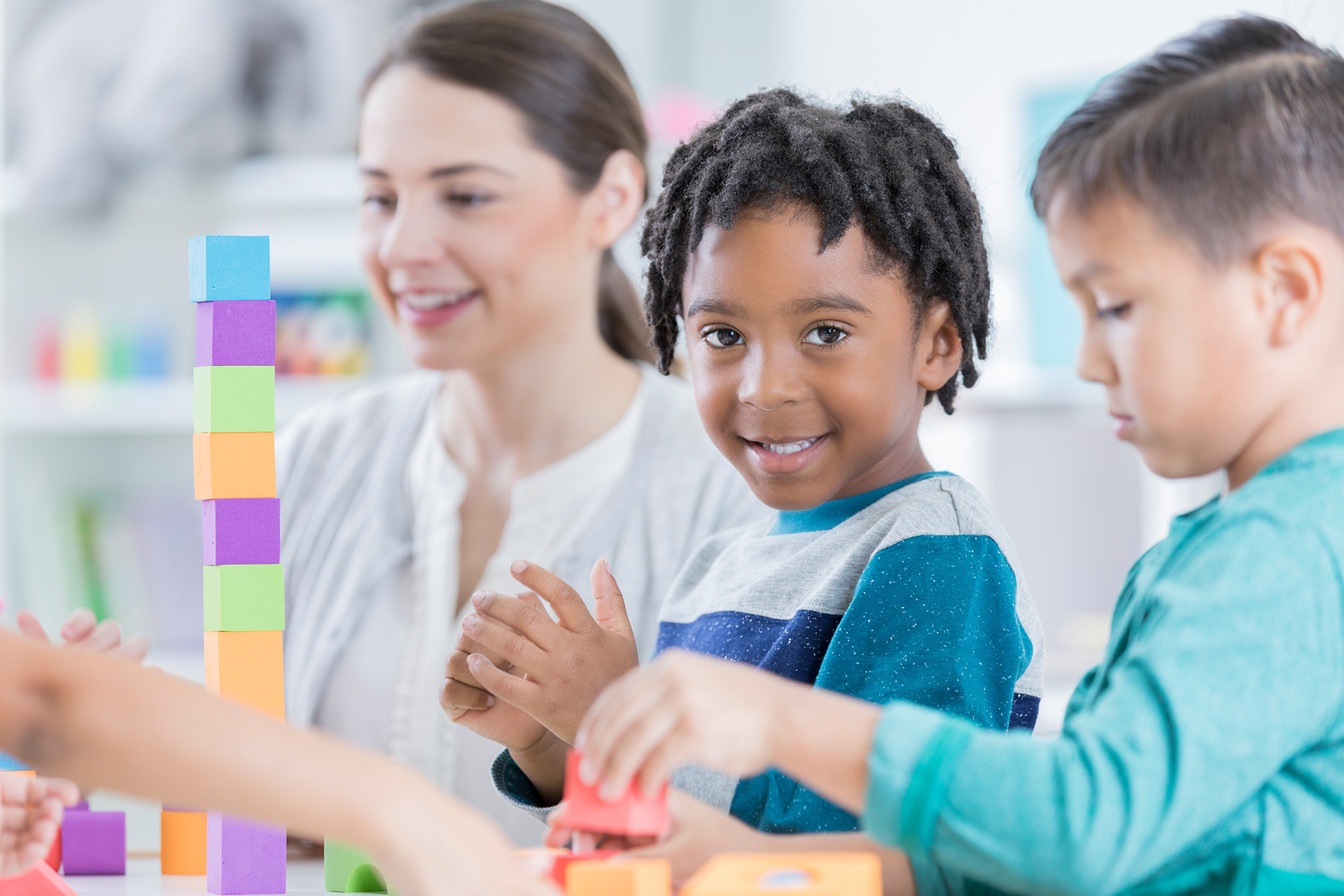 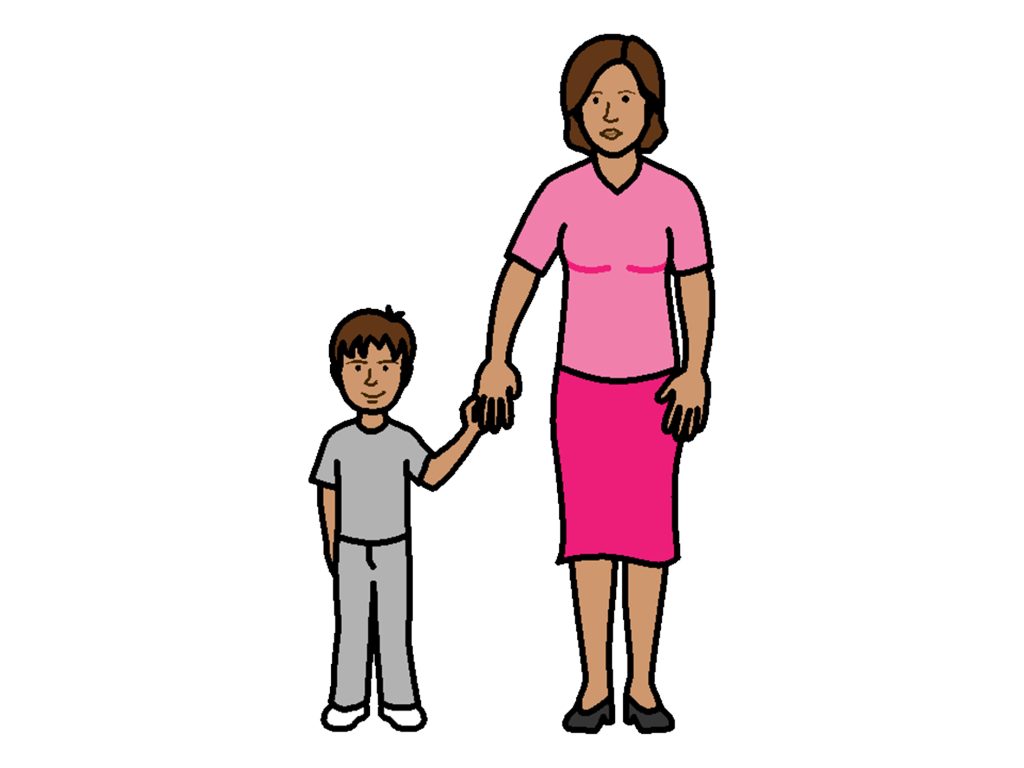 When the other kids began responding I really noticed Jye coming out of his shell.

Well, the reason I became involved with KWS is beacuse I am a foster mother to an autistic, non-verbal 6 year-old boy called Jye.

Jye came into my care when he was 2.5 years old. He had experienced trauma and had issues which were not quite clear at the time.

I’ve always had a bit of an affinity for sign language. One of my closest friends is an interpreter in Brisbane and both her stepmother and father have been heavily involved in the deaf community there.

I guess you could say I took to signing like a duck in water – away we went!

How did you find out about Key Word Sign?

Well, Jye came into my care and I got involved with Primary Health. I guess we knew intuitively to start signing with him. I already had some signing skills – I make it my business to communicate wherever I go.

Sign language (Auslan) is so creative and artistic – it’s almost like a dance. So, I picked it up straight away.

On the other hand we initially didn’t get much response with Jye. He is autistic and had been quite traumatised – so his responses were extremely limited.

However, a speech pathologist and Primary Health mentioned KWS which prompted me to undertake a basic workshop. It wasn’t long before I followed this with an intermediate one.

I then went on a huge campaign with the Department of Child Protection to help fund me in becoming a KWS Presenter. I think it’s so important to have the community knowing sign – not just me. It was a huge uphill battle, but the Department did fund it in the end!

How was the Presenter Training?

Well, the training consists of four days of intensive work – learning quite a bit of information and theory about using KWS and learning and practising lots of signs. I was the only “mother” there – everyone else was therapists. It was hard leaving Jye for that long, but I am so glad I did it.

I then presented a workshop a year later and became an accredited KWS Presenter.

And what are you up to now?

Every Monday afternoon and Friday morning I’ve been volunteering 1-2 hours of my time to teach people sign. I’m getting lots of feedback from different avenues within the community and I’ve managed to make lots of networks. It’s been a slow process, but it is happening!

In the last two years of kinder and pre-primary I also did a lot of work with Jye’s school. This involved teaching nursery rhymes and reading books with KWS. When the other kids began responding I really noticed Jye coming out of his shell.

Tell us a little about Jye’s journey

Jye was VERY slow to pick it up. At 2.5 years he didn’t cry or point and was extremely shut down. It’s a whole different story today!

I started with simple signs for different contexts as that seemed the best way for Jye to learn them. This included signs such as ‘eat’, ‘water’, ‘toilet’, and ‘food’. It really wasn’t until he understood the concept of pointing, that his signing really took off. In the last year he began to sign in response to something I’ve said. About six months ago he started to initiate signs with me – super exciting stuff!

What about his spoken language?

He has echolalia and can mimic sounds when I read to him. He’s also beginning to articulate certain sounds. When he wants something – like an apple for example – I can understand but it’s like there’s a strain on his voice. ‘Mama’ comes out as “baba”, and ‘Banana’ comes out as “babababa”. It can really help to understand what he wants to say when he signs as well. He’s got a long way to go but has come so far!

And what do you think the role of KWS has had in the progress?

Well, I certainly don’t think he would be where he is today without it. I couldn’t advocate for KWS more than I am already. I know firsthand that although it can take a long time to see any kind of reward – it is so worth it. Jye now has a form of communication and KWS has helped him get there. His confidence is growing, and his personality is emerging.

We caught up with Kristie about a year later…

What has been happening for you and Jye in the last year or so?

Well, Jye started at school, and I worked with the school to teach them to use KWS with him. They did use it a bit, but it was hard to get them to use enough and to keep signing with him. He also got a high-tech device with Proloquo2Go (PLQ2G). This also needs people around Jye to use this with him, so that he gets the modelling.

How is Jye’s communication now?

He understands a lot more now than he used to. He mainly uses his device at school for more detailed communication. It’s really important that Jye is understood when he is trying to get a message across, otherwise things can end up in tantrums. I use sign a lot with him at home, and he usually signs with me rather than using his device. He knows that I will understand when he signs, and he seems to prefer to use sign because it’s so much quicker and more immediate than going to get his device and then building a sentence or phrase with it. I probably prefer to communicate with him using sign too for the same reasons – it’s faster, more interactive, you don’t need to worry if the battery for the device is flat and you’ve always got your hands with you!

What have been the biggest obstacles for Jye’s communication?

It took quite a while for Jye to understand how communication works, probably because of his autism. Even now, he’s not that interested in communicating, but certainly communicates more effectively than he used to! One of the biggest things is for other people in his world to know and use KWS, and this is not always easy to achieve. I wish more people understood what a great communication tool it is! It’s also important as a mum to keep getting support and to find people to meet and sign with, so we all stay motivated and continue to improve.